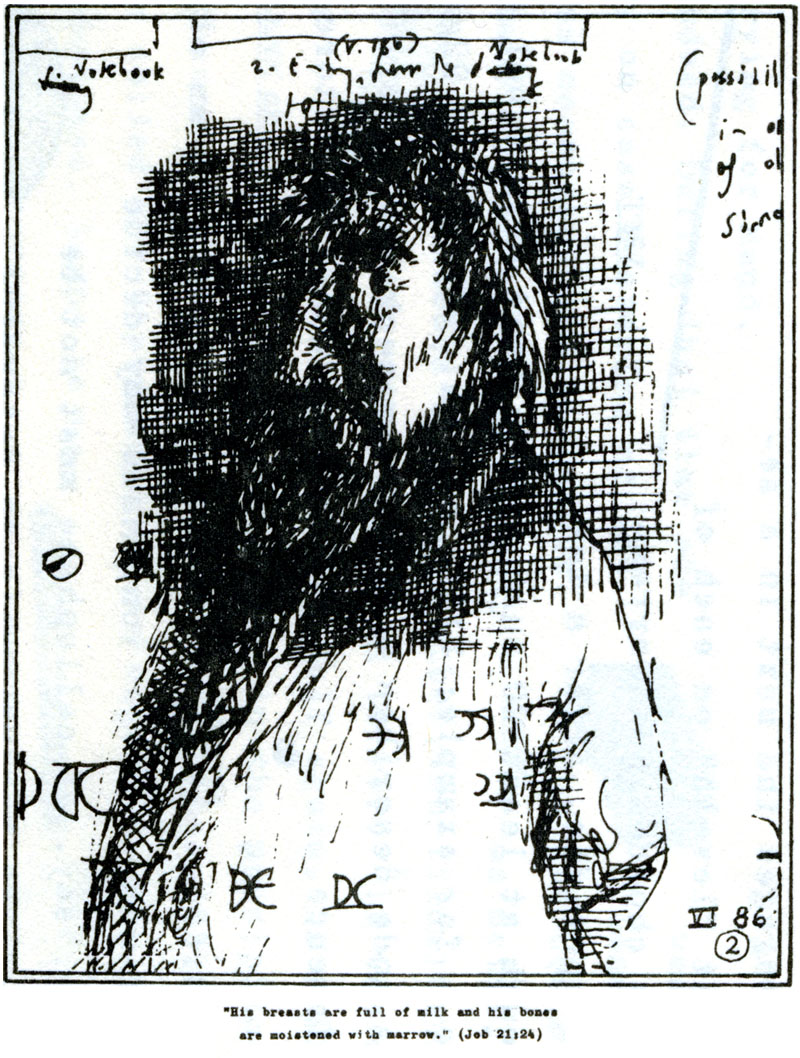 “His breasts are full of milk and his bones are moistened with marrow”
(Job 21:24)

Q: And when a thing is numinous it exudes an air of mystery, of sanctity?

A: Of energy. It appears charged.

Q: I see. And may I ask how you programmed the computer to recognize and measure the numinosity of these queer items, the “volatic piles”1 for instance?

A: Twenty of us toiled at it night and day for eleven months. Into the UNIVAC, known to us as Maud, we fed everything from arcana pertaining to Zahirs2 to a catalogue of army-surplus equipage, from lavish colour-plates of fish lures to a tea-stained pamphlet on numismatics. 600 miles of magnetic tape we fed into her! Thank God Maud is a fast learner or we’d still be at it. One morning she was taken with a cadence we were feeding her of Gertrude Stein’s: “a lightning cooky, a single wide open and exchanged box filled with the same little sac that shines.” Her console went dark a moment, next thing we knew she was drawing up plans for the construction of Stein’s sac and demonstrating by means of an elegant equation that once built, 69% of

sac’s numinosity would be attributable to the “potent triad” embodied in it, by which she meant its Familiarity, Diminution and Radiance. Despite the early hour we broke out champagne. What relief to know those eleven gruelling months hadn’t been in vain!

Q: I understand the fourth and fifth months were particularly trying for Maud.

A: Indeed. During that time she was fed exclusively on case histories of insane persons. It was necessary she be taught to see even the most common objects become “smooth as metal, so cut off, so detached from each other, so illuminated and tense that they inspired terror.”3 It was some time before Maud was her old self again. As a kind of therapy she was tutored in the precipitation of that sequence of recognitions which culminates in what James Joyce called the “epiphany” of an object – when “Its soul, its whatness, leaps to us from the vestment of its appearance.” Pride in her skill at this sport did much to restore her.

Q: Will you tell us what was the purpose of all this?

A: To enable Maud to design her own objects.

Programming was planned to inculcate criteria by which she could select qualities most conducive to numinosity. And it more or less succeeded. Every evening for the past six months she has presented her selections

in a succinct recipe describing a single object which I then attempt to realize in my shop.

Q: Can you describe how an object evolves in Maud’s mind?

A: By a process of gradual division. Her first conception of the object may be no more than that its surface curves, that it is portable and compounded of some mineral substance. While “curved, portable, mineral”

Difficulties may arise as an object approaches definition. Maud may decide that a hemisphere, say, of cellophane must not be empty. So the process begins again to determine precisely what it should contain.

Finished objects are presented to Maud for a critical “scan”. 9 times out of 10 she can discern in them no virtú and so destroys them. Occasionally she senses numinosity latent in one and this is perceptible only to her. Twice we have had objects invested with charges

so active that goggles and asbestos suits were required in order to stand in the same room with them.

Q: Then why did you say earlier that the venture was only “more or less” successful?

A: We anticipated a whole line of numinous items and have had but two! The reason for this is clearly that we were constrained to ignore the absolutely central factor of context. The number of variables would have been too vast even for Maud. Therefore the objects are conceived of as existing in a vacuum or rather in the pure negation of context. It irks us all no end. In a comedy I saw as a child Harlequin is made to remark that something is “as out of place as a piece of cheese in a library.” Whenever Maud destroys an object, one, it may be, that I’ve been a week

or more in the cellar manufacturing, this line comes to mind. For who’s to say but that an object which seems to lack salience here in the lab might be powerfully numinous in a niche, say, among dictionaries in the Bibliotheque Nationale?

NOTES
1 These are stacks, from 6 1/2 in. to 12 ft. high, of discs of diverse materials (yeast, linoleum, silver, wax, wool, etc.) all with a central perforation allowing access to a “spine” either of lead or zinc which runs the length of the pile and prevents it toppling.
2 “beings or things which possess the terrible virtue of being unforgettable and whose image finally drives people mad.” – J.L. Borges.
3 “Autobiography of a Schizophrenic Girl” – M. Sechehaye 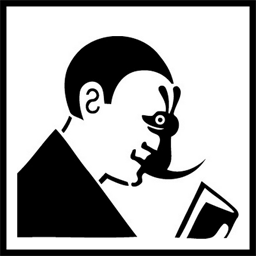